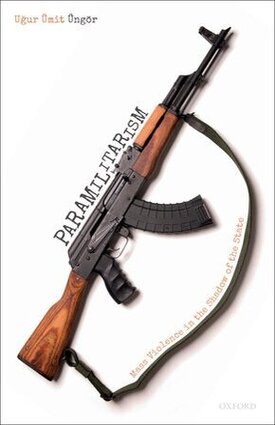 From the deserts of Sudan to the jungles of Colombia, and from the streets of Belfast to the mountains of Kurdistan, paramilitaries have appeared in violent conflicts in very different settings. Paramilitaries are generally depicted as irregular armed organizations that carry out acts of violence against civilians on behalf of a state. In doing so, they undermine the state’s monopoly of legitimate violence, while at the same time creating a breeding ground for criminal activities. Why do governments with functioning police forces and armies use paramilitary groups? This book tackles this question through the prism of the interpenetration of paramilitaries and the state. It interprets paramilitarism as the ability of the state to successfully outsource mass political violence against civilians that transforms and traumatizes societies. It analyzes how paramilitarism can be understood in global context, and how paramilitarism is connected to transformations of warfare and state-society relations. By comparing a broad range of cases, it looks at how paramilitarism has made a profound impact in a large number of countries that were different, but nevertheless shared a history of pro-government militia activity. A thorough understanding of paramilitarism can clarify the direction and intensity of violence in wartime and peacetime. The book examines the issues of international involvement, institutional support, organized crime, party politics, and personal ties. 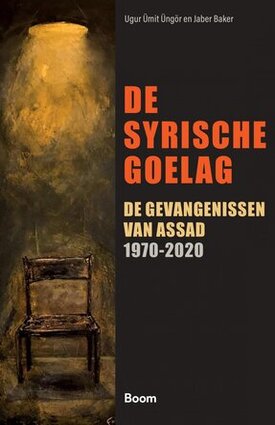 In 2011, Syrians revolted against the Assad regime, which faced the protesters with relentless violence. Many hundreds of thousands of people were arrested, imprisoned, and tortured in the regime’s vast complex of detention centers. Detention is a central defining feature of modern Syrian history, but the strict secrecy and censorship surrounding the Syrian Gulag have made research virtually impossible. This book is the first ever comprehensive study of the Syrian prison system under the Assad regime. It outlines the internment and imprisonment system in Syria by focusing on prisons, and their bureaucracies, procedures, victims, and perpetrators under the 50-year rule of Assad, father and son (1970-2020). The book is based on a broad range of primary and secondary resources, interviews, documentation in various languages, as well as critically important collections, memoirs, illustrations, maps, photos, oral histories, social media materials, and a large digestion of secondary studies. It has a wide scope and portrays victims and perpetrators in their mutual relationships in what are undoubtedly the most horrific prisons in the world.

The twentieth century has been called, not inaccurately, a century of genocide. And the beginning of the twenty-first century has seen little change, with genocidal violence in Darfur, Congo, Sri Lanka, and Syria. Why is genocide so widespread, and so difficult to stop, across societies that differ so much culturally, technologically, and politically? That’s the question that this collection addresses, gathering a stellar roster of contributors to offer a range of perspectives from different disciplines to attempt to understand the pervasiveness of genocidal violence. Challenging outdated beliefs and conventions that continue to influence our understanding, Genocide constitutes a major contribution to the scholarship on mass violence. 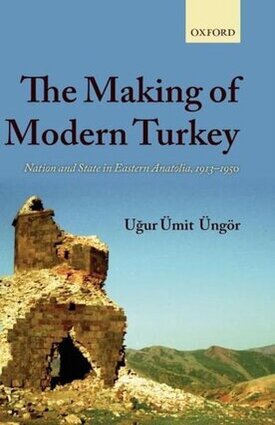 The Making of Modern Turkey: Nation and State in Eastern Anatolia

The eastern provinces of the Ottoman Empire used to be a multi-ethnic region where Armenians, Kurds, Syriacs, Turks, and Arabs lived together in the same villages and cities. The disintegration of the Ottoman Empire and rise of the nation-state violently altered this situation. Nationalist elites intervened in heterogeneous populations they identified as objects of knowledge, management, and change. These often violent processes of state formation destroyed historical regions and emptied multicultural cities, clearing the way for modern nation states. The Making of Modern Turkey highlights how the Young Turk regime, from 1913 to 1950, subjected Eastern Turkey to various forms of nationalist population policies aimed at ethnically homogenizing the region and incorporating it in the Turkish nation state. It examines how the regime utilized technologies of social engineering, such as physical destruction, deportation, spatial planning, forced assimilation, and memory politics, to increase ethnic and cultural homogeneity within the nation state. Drawing on secret files and unexamined records, Ugur Ümit Üngör demonstrates that concerns of state security, ethnocultural identity, and national purity were behind these policies. The eastern provinces, the heartland of Armenian and Kurdish life, became an epicenter of Young Turk population policies and the theatre of unprecedented levels of mass violence. 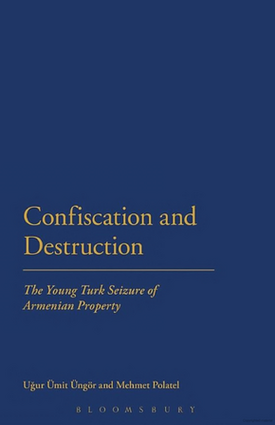 Confiscation and Destruction: The Young Turk Seizure of Armenian Property

This is the first major study of the mass sequestration of Armenian property by the Young Turk regime during the 1915 Armenian genocide. It details the emergence of Turkish economic nationalism, offers insight into the economic ramifications of the genocidal process, and describes how the plunder was organized on the ground. The interrelated nature of property confiscation initiated by the Young Turk regime and its cooperating local elites offers new insights into the functions and beneficiaries of state-sanctioned robbery. Drawing on secret files and unexamined records, the authors demonstrate that while Armenians suffered systematic plunder and destruction, ordinary Turks were assigned a range of property for their progress.