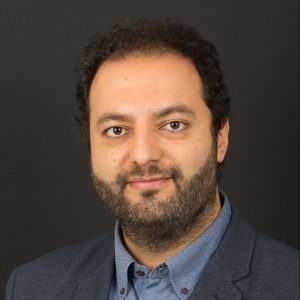 My main areas of research are state formation and nation formation, with a particular focus on mass violence in the Middle East. I am mainly interested in understanding the causes, courses, and consequences of political violence in historical and sociological perspective. My publications include Genocide: New Perspectives on its Causes, Courses and Consequences (Amsterdam University Press, 2016), Confiscation and Destruction: The Young Turk Seizure of Armenian Property (Continuum, 2011) and the award-winning The Making of Modern Turkey: Nation and State in Eastern Anatolia, 1913-1950 (Oxford University Press, 2011).

I have received several awards for my work, including the Heineken Young Scientists Award for History in 2012 from the Royal Netherlands Academy of Sciences, and the Praemium Erasmianum in 2010. I am an editor of the Journal of Perpetrator Research and H-Genocide, and initiator of the Syria Oral History project at NIOD. Between 2014 and 2019, I coordinated an NWO-funded VIDI project on paramilitarism, which led to the monographs Paramilitarism: Mass Violence in the Shadow of the State (Oxford University Press, 2019), and the forthcoming Assad’s Militias and Mass Violence in Syria (Cambridge University Press, 2022). My most recent book is De Syrische Goelag: Assads Gevangenissen, 1970-2020 (Boom, 2022).